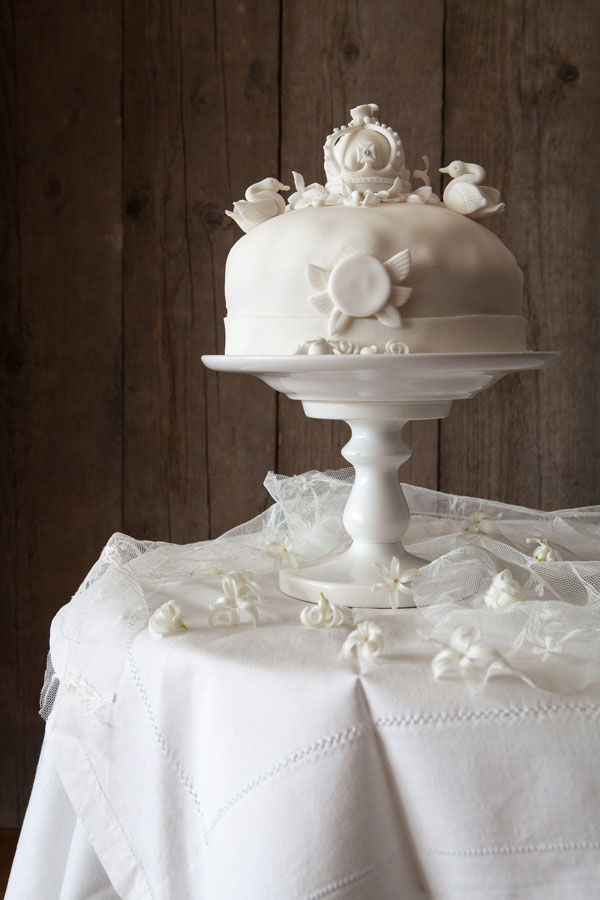 The Twelfth cake is to me one of the most intriguing of cakes in the British cuisine. The cake is traditionally baked for the feast of epiphany or as the name already reveals – the twelfth night of christmas. But baking a cake for epiphany isn’t a custom in Britain alone, in other European countries and in my home country Belgium we have the ‘3 kings cake’ (driekoningen taart) or the ‘Galette du Rois’ which is a frangipane tart with puff pastry concealing a much coveted bean which will make you king for the day. The 3 kings cake is sold with a paper crown so all is in order for the coronation of the lucky finder of the bean. At some time however it was the fashion of concealing tiny porcelain babies and nativity figures in the cake, a custom my mother in law tells me is still practiced by the bakery in my neighbourhood. I remember as a child, I’ve never had the pleasure of finding the bean which would make me king, this annoyed me very much as a little girl.
In Britain the tradition was to hide a bean and a pea in a plum cake, the bean would crown the king and the pea would crown the queen. The Twelfth cake would contain spices like cloves, mace, nutmeg and cinnamon along with dried fruits like raisins and candied orange or lemon peel.

The earliest printed recipe for a Twelfth cake dates from 1803 and can be found in John Mollard’s the Art of Cookery. However, references to the custom of the Twelfth cake and the celebrations surrounding it can be found as far back in history as the 16th century and it is very possible that the tradition has been around for much longer. In a early Tudor manuscript which is kept at the Bodleian Library we find a passage about wassail cakes, which are believed to be heathen Twelfth cakes. Wassail comes from the Old English ‘Waes hale’ which most likely means ‘be whole’ or be healthy, like a kind of frase you say while making a toast. We can also find recipes for Wassail which is a type of mulled cider traditionally drunk while Wassailing, meaning a tradition of awakening the cider apple trees while singing and drinking.

In 1648, Robert Herrick’s poem ‘Twelft Night: Or King and Queen describes the celebrations of the Twelfth night beautifully. Here he speaks of a cake full of plums (plums meaning raisins rather than actual plums, see plum pudding) And goes on to describe the election of a king and queen after discovering a bean and a pea. And he mentions a gentle Lamb’s wool and the spices that should go into it to give to the king and queen for wassailing. The Lambswool is a Wassail drink made of ale or cider.
A
few years later in 1659/1660 Samuel Pepys writes in his diary on januari the 6th
of a ‘Brave cake brought us, and in the choosing, Pall was Queen and Mr.
Stradwick was King.’ Which shows that there were celebrations in the city as well as in the country, though there is no word of wassailing in Pepys lines.

During the mid 1700 up until the late 1800 Twelfth cakes were very fashionable and often decadently decorated showing elaborate scenes and figurines crafted out of sugar or wax. Crowns seem to have been the most popular decoration and usually white icing would have been used which back then was a sugar paste called gum paste which was shaped into wooden molds. We can find illustrations of large Twelfth cakes set in a scene of feasting in the Satires Collection of the British Museum, and we also find Victorian Twelfth night cards with humorous illustrations of characters. The day the Twelfth cakes, large and small would appear in the pastry shop’s windows in London a large number of people would gather in front of them to capture a glance of these most fashionable cakes. The Victorians enjoyed the Twelfth night celebrations to the full and the pastry shops sold the Twelfth night character cards with the cakes. Each guest of the party would then have to choose a card which had a verse describing the character underneath. One had to read the verse aloud and pretend to be that character until midnight. We can find an excellent description of these events and many more surrounding Twelfth day and Wassailing in ‘The Every-Day Book’ by William Hone. In the country the celebrations surrounding the twelfth night would still be the more heathen Wassailing, the twelfth night celebrations in London were considered rather vulgar by outsiders.

Although we will not easily find Twelfth cakes in the shops today, the tradition of wassailing is still very much alive with country feasts all over Britain. People come together to sing, drink wassail, eat plum cake and be merry. Once again it is the ancient and probably pre-christian tradition which has withstood the test of time. In my opinion because these traditions are more entwined with nature, the change of the seasons and the marking moments in the farming year that come with it.

What about you? Did you go wassailing or did you bake a Twelfth cake or another cake from your corner of the world? 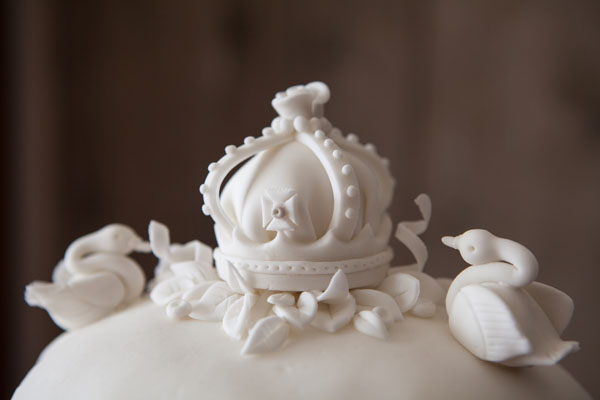 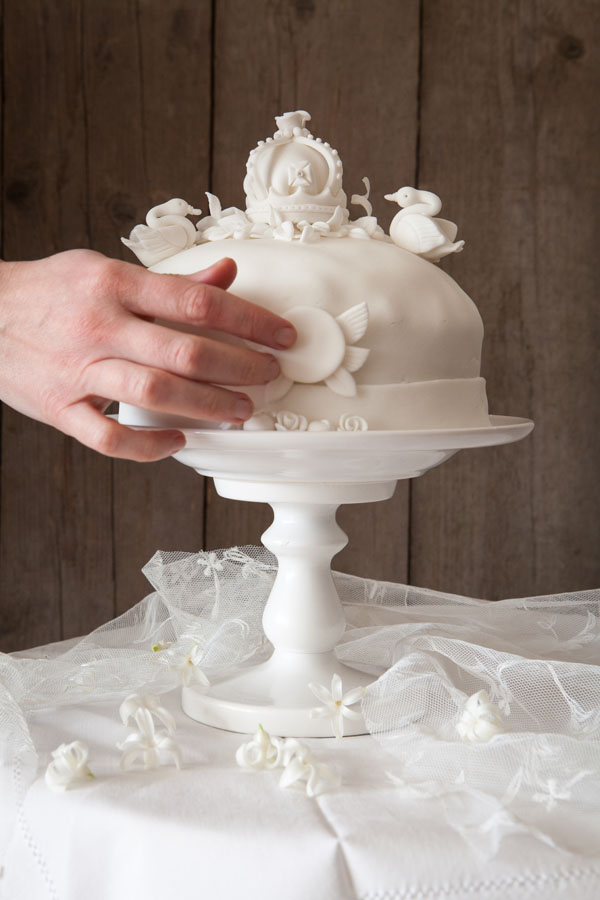 This recipe is basically Mollard‘s recipe translated to modern day, Mollard doesn’t give measurements of the yeast and milk, which I had to test to give to you. Also the recipe of Mollard is three times the measurements given here, which means that this would have been a massive Twelfth cake!

Add all the flour to a bowl and make a well in the middle, add the sugar in the well followed by half a cup of warmed milk.
Add the yeast to the milk and stir so the yeast, milk and sugar are mixed. After a few minutes the yeast will start bubbling and will look frothy.
Now add the butter and spices followed by 1 cup of milk, mix well and then add another cup of milk before adding the dried and candied fruit.
While adding the currants and peel you might need to add an additional half a cup of milk, especially if you’ve started out without soaking the currants.
Once the mixture has come together in a slightly wet dough, cover and let rest for 2 hours or more if you have the time.
Line a spring form or wooden baking hoop with baking paper and add the dough.
Put in a preheated oven at 200° C for 1 hour.
If you see that the top is browning too much, cover it with tinfoil to prevent a burnt crust.
Leave to cool in the tin or hoop and ice and top with the most decadent decorations you can manage to create. I used fondant and marzipan to create these decorations, I only need some pointers in evening out my icing!
This cake is more like a bread and reminds me of the German Stollen, but dryer.