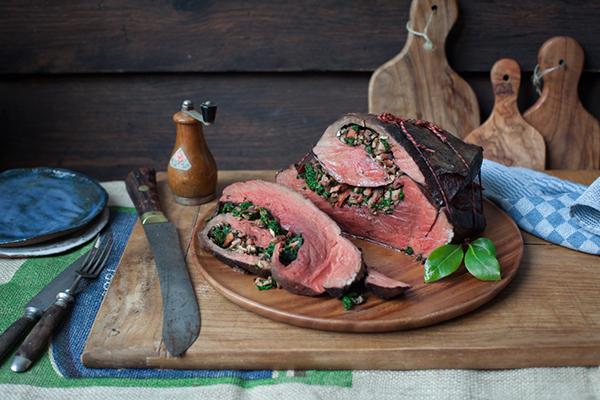 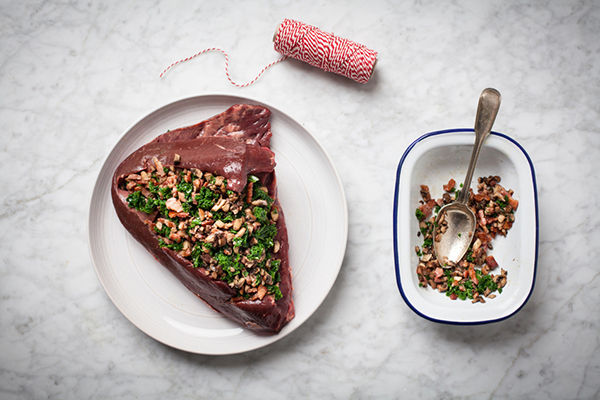 To make this dish slightly lighter I opted to stuff the heart with a duxelles, which is a mixture made with mushrooms, bacon and in this case kale or cavolo nero. If I had caul – a thin lace-like membrane which surrounds the stomach internal organs of some animals – like Raffald suggested, I would have used it as it keeps in the stuffing in nicely and tidy. But if you can not obtain it, some creative string-work will do the trick just fine.

The heart should be a deep brownish red with a large amount of yellow fat on the top. The fat looks a lot like kidney fat – which is suet – though it can not be used as such and is best just discarded. Ask your butcher to trim it for you if you aren’t up to the task, but there really is nothing to be afraid of here and it is actually quite humbling to make use of a heart. It is a beautiful cut of meat and flavourwise it is spot on if you want your dish to have a strong beef flavour. It is not bloody, and it does not have a particular scent. It was very interesting too, to see the blood vessels and such but I must admit I do like to trim meat as I find it a very gratifying job.

Why not try it for your next sunday roast? Leftovers can be pan fried the next day and tucked into a warm pita bread or tossed over a nice salad with either winter greens or summery ones depending on your current climate. In either case try it with a mayonnaise made with lots of chives added to it and blended. 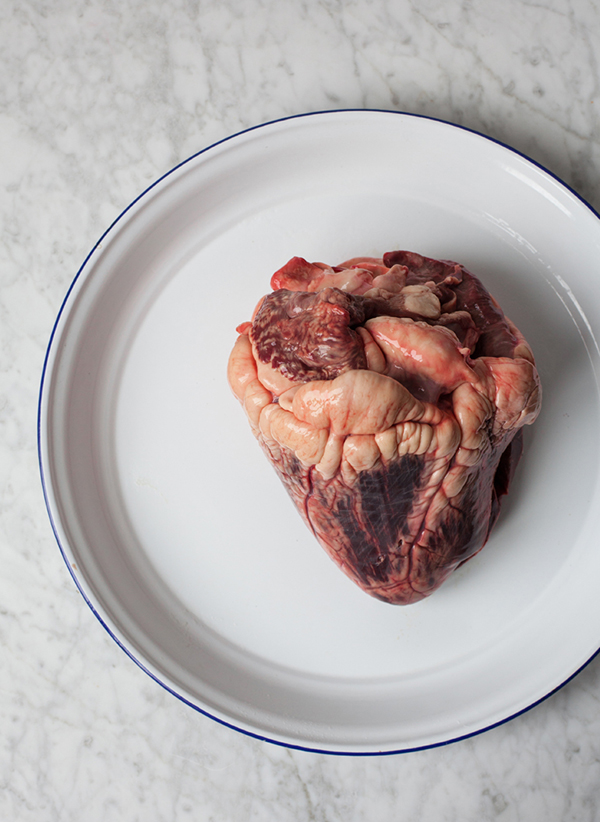 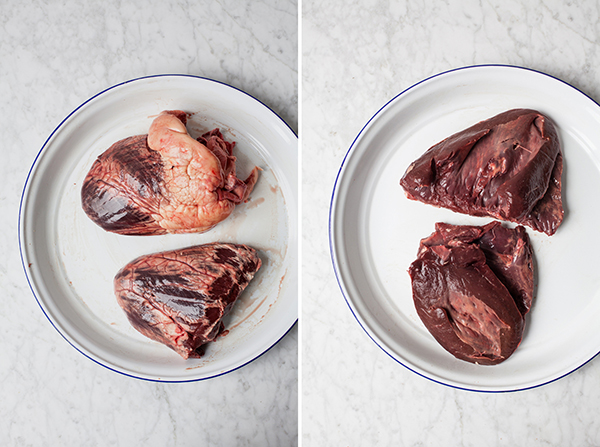 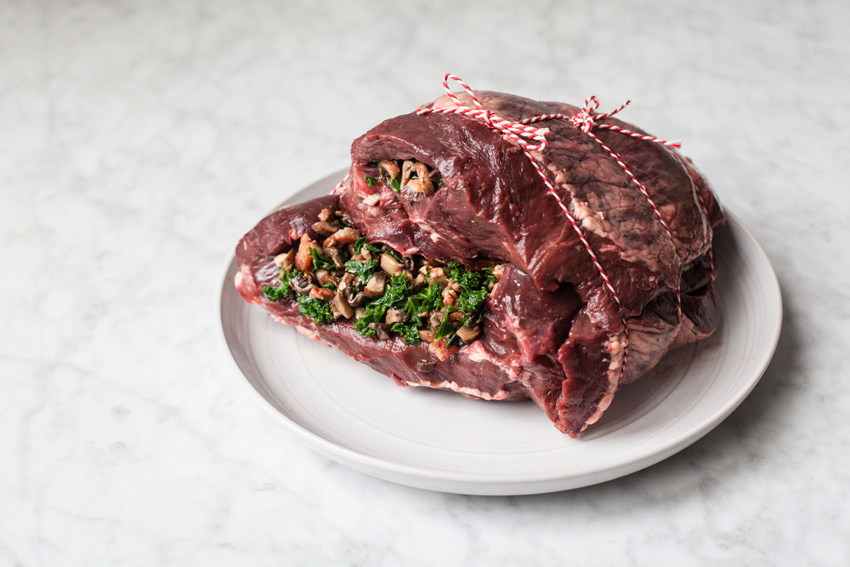 Serve with all the trimmings you would serve for a sunday roast.

A slightly different version of this recipe also appeared on Great British Chefs as I was asked to develop a couple of recipes with unusual beef cuts.

You might also enjoy:
Soyer’s Oxtail soup with suet dumplings >