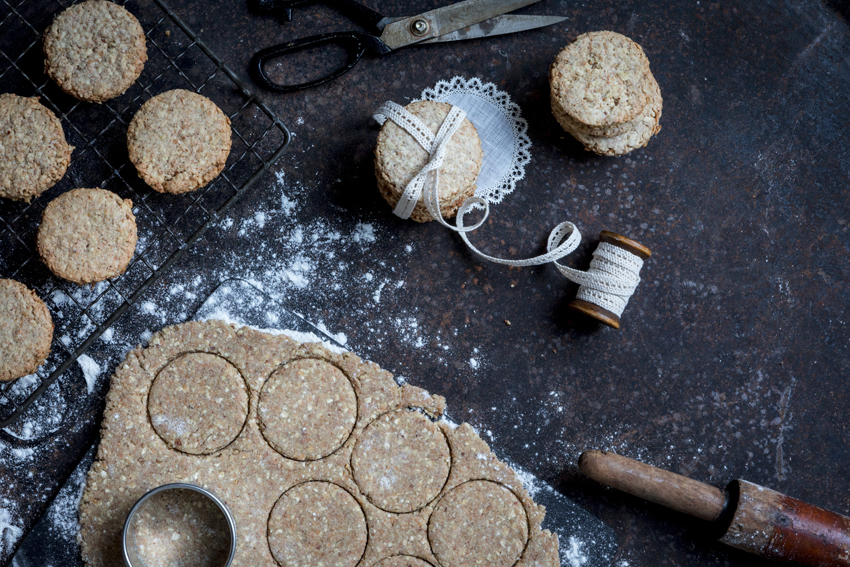 Recipes for Digestives feature humble ingredients and it should remain so, as my lovely friend Felicity Cloake puts it so well in her piece for the Guardian:

A digestive is not a biscuit that should draw attention to itself.

But on my quest to create my favourite Digestive I did sneak in a little more fancy ingredient and that’s ground up roasted pecans. In the recipe below I’ll give you the option to leave them out, but I find it gives something extra to the biscuit without making it too fancy, it makes it more filling requiring only one, maybe two, instead of a half packet if you skipped lunch. But feel free to leave it out. I also add oats, which is common these days with home made Disgestives. If you want to mimmic the store bought biscuits just use the wholemeal flour.

Enjoy these biscuits, the dough is easily made in advance if you want to serve them freshly baked to guests. They keep for 4 days in an airtight container or a ziplock bag.

*Now about the Beatles… I’m not making this up, the digestive incident was noted down by recording engineer Geoff Emerick in his book Here, There, and Everywhere: My Life Recording the Music of The Beatles. According to Emerick, Yoko Ono (John Lennon’s wife in case you’re from Mars) “was in the recording studio and at one point helped herself to Harrison’s box of McVitie’s while the Beatles were in the control room listening to a playback of the song they’d just recorded. Harrison got angry at Ono, and his subsequent outburst caused Lennon to lose his temper in response.” source

You’ll soon get seven fewer digestives in a packet / Metro 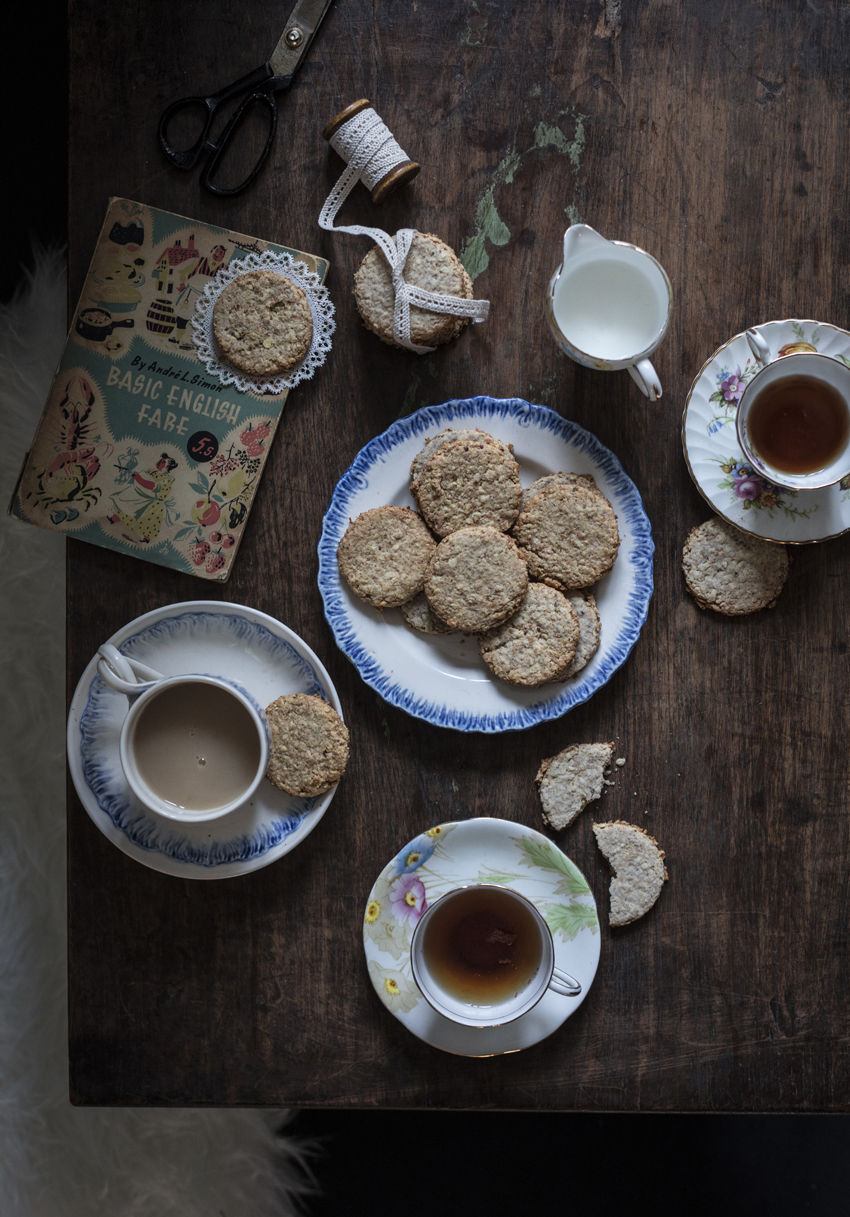 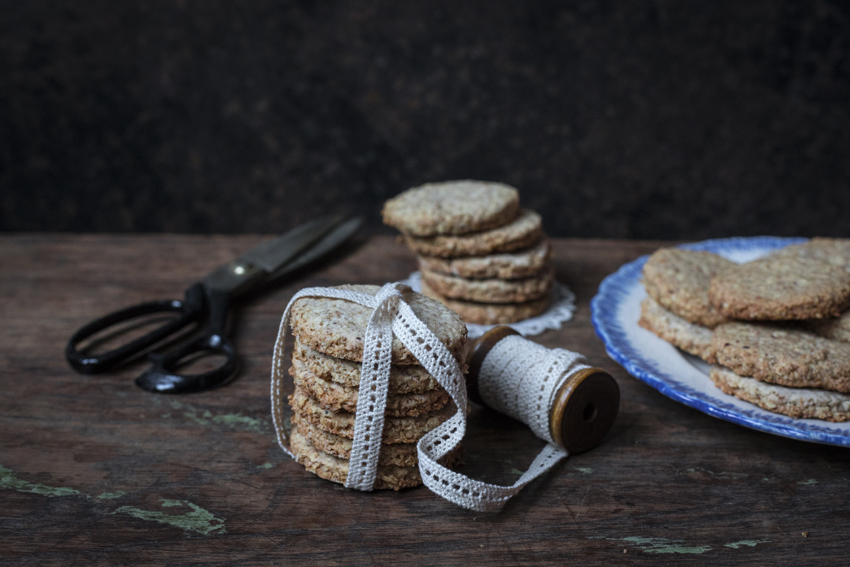 Makes about 40 biscuits, recipe can be halved.

Roast pecans if you are using them, on a baking tray in the oven for 10 minutes on 200°C. Line two trays with baking parchment. Keep a +- 6 cm cookie cutter ready.

When the pecans (if using them) are cooled, blitz in a mixer until they resemble coarse flour but stop before you see it go oily.

Mix butter and sugar together (in a mixer if you have one) until creamy and add the eggs one by one. Then add the baking powder and start adding the pecans, salt, oats and flour teaspoon by teaspoon. It will take a while for the mixture to come together. The mixture will appear very dry at first but do not be tempted to add milk or water.

Use immediately or wrap in clingfilm and keep in the fridge for a short while or a couple of hours if you must.

When ready to bake, preheat your oven to 200°C if you haven’t already for the pecans. Knead for a few seconds and pat the dough down (the less rolling the better), place on a gently floured working surface or baking parchment and dust with flour too to prevent the rolling pin from sticking. Roll out to half a centimeter and cut out the cookies, transferring them to the lined baking tray. It’s okay to knead leftover dough back together and roll it back out to cut out more cookies, keep doing so until you have used up your dough.

Bake in the middle of your oven for 10-13 minutes, 13 minutes means darker biscuits which I prefer, they keep better too.

Pour yourself a hot drink and dunk your biscuit in it!

Previous Post: « Best Wishes for 2018!
Next Post: Bitter Seville Orange Marmalade – A Potted History and How to Make it »