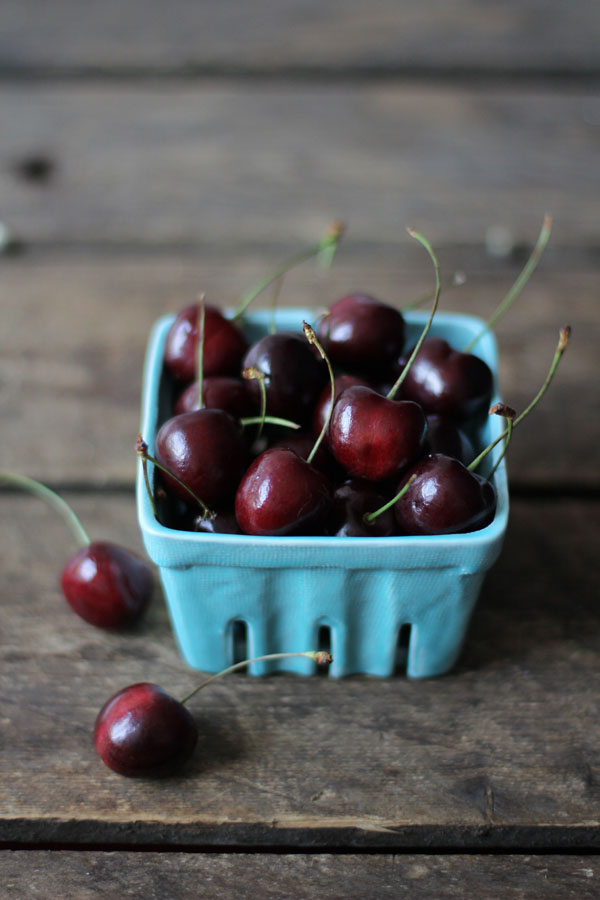 Preserving cherries for later, for generations to come.

“My top way of eating cherries is a bowl of cherries. If good, they need no adornment, other than perhaps a glass of pink champagne.”
Fergus Henderson.

Before the second world war there were about 40 000 acres of cherry orchards in Britain. These were mainly in Kent, Worcestershire and Herefordshire.
The past 50 years however 90 % of these cherry orchards have disappeared.
The labour was very intensive as the trees were very high, too high to cover the crop from the birds. I were mostly women who harvested the cherries on high ladders with baskets tied to their waists.
To tackle this problem nowadays and to revive cherry growing, dwarf plants are planted to replace the towering trees. The dwarf trees are covered with netting so the birds can’t steal the crop and the orchard has a maximum yield. 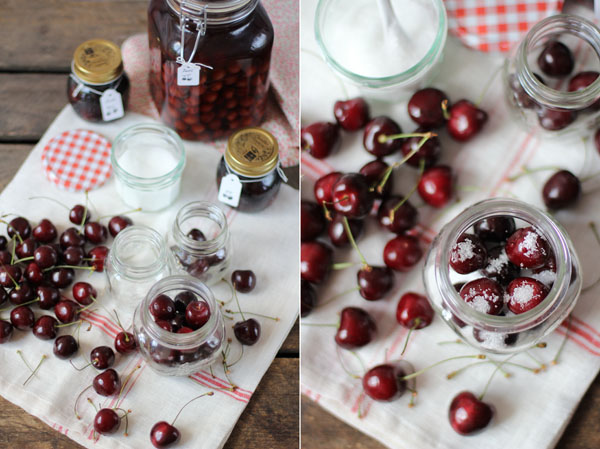 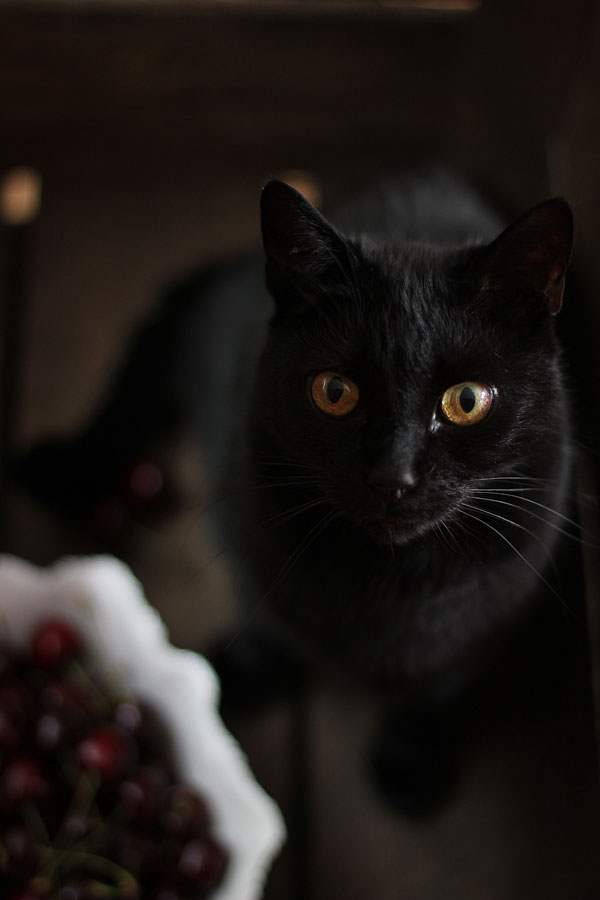 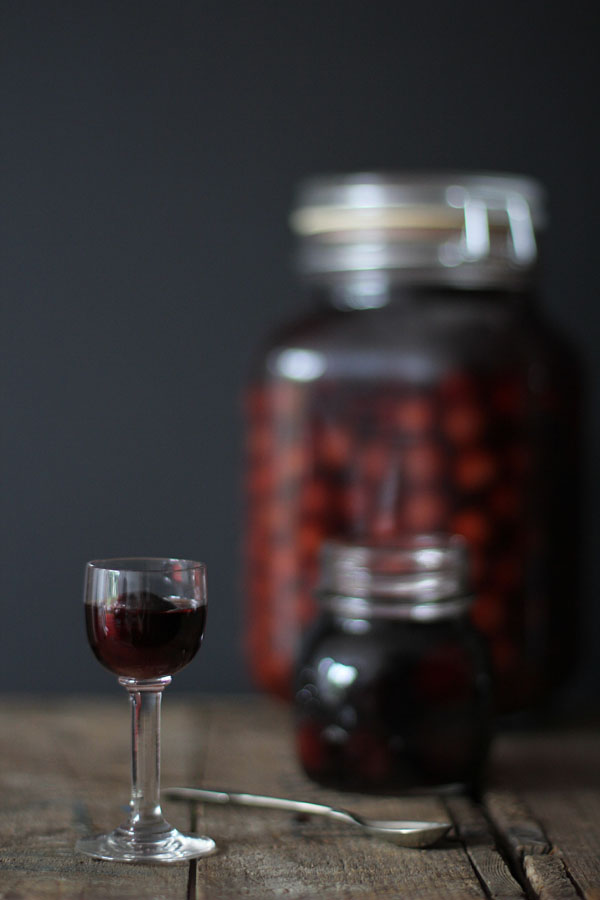 Britain however is not the only country in danger of loosing their native fruit, in Belgium you can’t even get Belgian cherries in the supermarket. You find them rarely at the market. A lot of cherry growers in Belgium leave their crop rot on the trees because it’s too expensive to pick them for the price they will get for them. Such a shame that the most famous ‘Schaerbeekse cherry’ has been lost for ever, this was the variety used for the typical Belgian cherry beer. Instead of finding another Belgian cherry, most of the breweries choose to import the cherries from Poland. Only a small number of cherries used for the beer today are Belgian.

Most of you will try and buy ‘local’ or British cherries, I’m sure.
I love how the cherry season transforms the roads of Kent with cherry
signs and little stalls packed with punnets of cherries. The sellers
sitting there, usually seeking shelter from wind and rain under a bright
umbrella, reading a book.

Below some interesting links to explore:
Brogdale farm has an annual Cherry festival celebrating the British cherry and
Food Lovers Britain – ‘CherryAid’ a campaign to put British cherries back on the map.
Great British Food Revival Cherries and Walnuts
Rent a cherry tree

Cherries come in two types: sweet and sour. My mum and I used to make this cherry brandy and the recipe is handed down by my grandmother. For cherry brandy it’s better to use the sour variety however you can use the sweet ones and slightly decrease the sugar you use. Or not, if you like it very sweet!
So what about you? What do you like to brew? 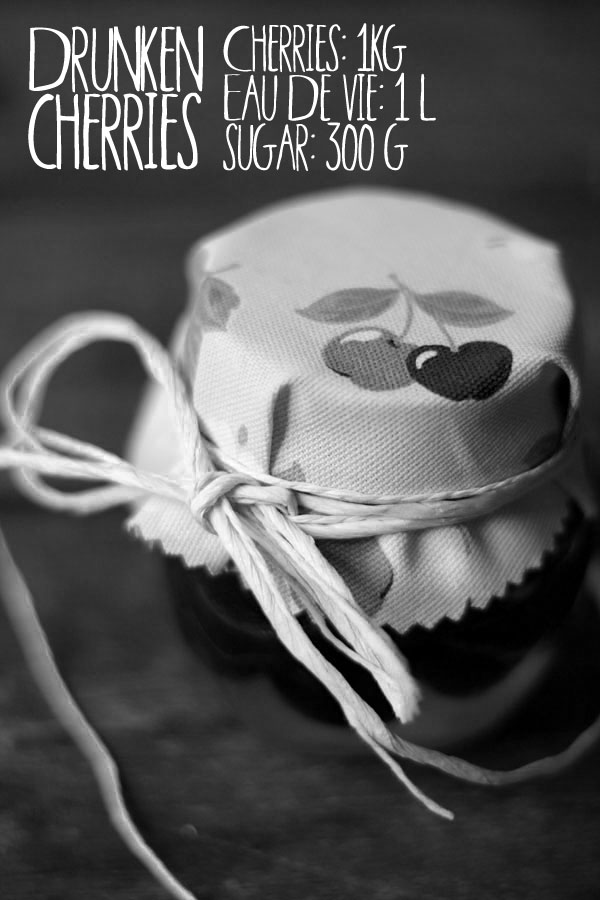 Method
• rinse the cherries well
• cut of the stalks leaving 1cm still on the cherry, that way the brandy will keep longer as
the cherries stay nice and firm.
• layer the cherries with the sugar
• pour over the alcohol and close the jar
• put in a dark place at room temperature and shake every day for a week
• forget about the cherries until christmas or thanksgiving!

I have jars that date back to 1999, these cherries are very very strong!
Enjoy in a little glass or why not with a scoop of ice cream…

I’ve always wanted to make my own butter so when my friends Sarka and Giulia made their own in januari I decided to finally give it a go. I started this butter making adventure on a sunday morning while the rain outside in the garden became snow and snow turned to hail. B was reading a book while I was shaking a jar and soon he joined in and we were shaking and tapping together, sitting on the floor with our backs against the heating.
I can’t believe I didn’t do this sooner, the rewarding taste of homemade butter is yet to be equaled. The butter made me want to bake delicious bread to go with it and left me inspired to cook and write all day!
What do you need
Organic double cream
good quality sea salt
Jars, solid ones as you don’t want them to break
Tea towel
optional: herbs or garlic 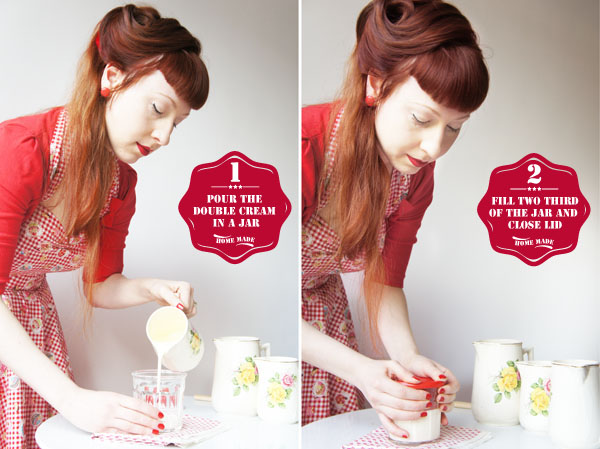 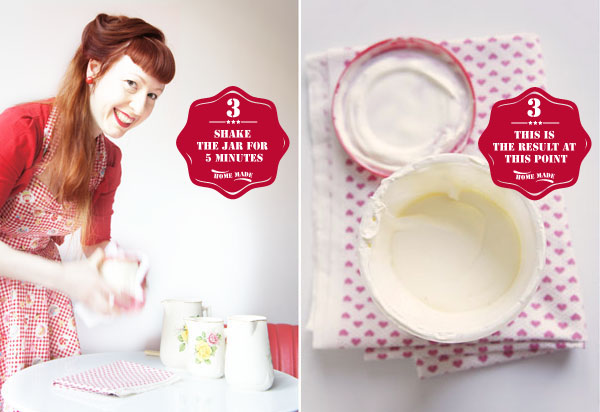 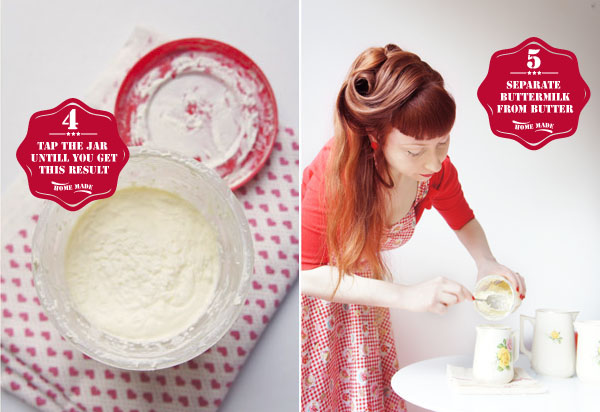 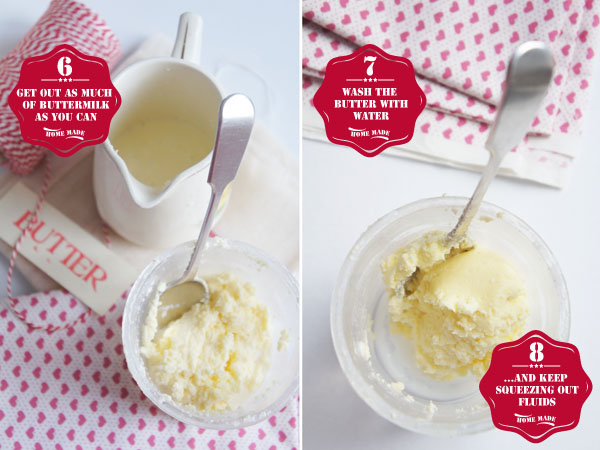 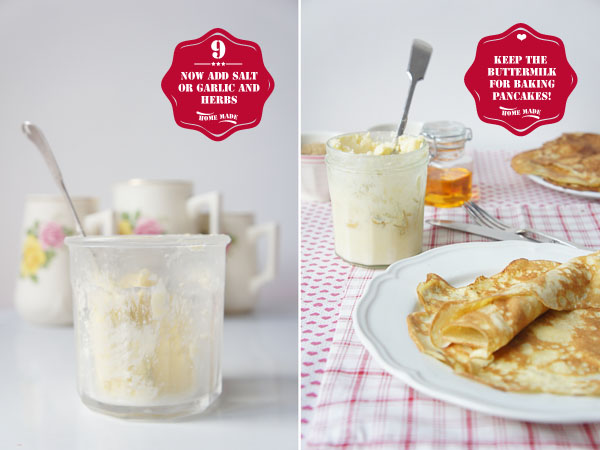 1. Pour the double cream in to a jar and fill it for two third.
2. Close the lid
3. Start shaking the jar. After 5 minutes the double cream should be very thick
4. Shaking might be difficult now so wrap the jar in a tea towel and tap it on the floor.
Turn it up and down again while you tap it.
5. At this point the buttermilk should be starting so separate from the butter, drain the buttermilk by squeezing it out with a spoon or spatula. Keep the buttermilk.
6. Try to get out as much buttermilk as you can, keep squeezing until it becomes to look more and more like butter.
7. Pour water into the jar to wash away the last of the buttermilk from the butter.
8. Use your spoon or spatula to squeeze out the remaining water.
9. Now add seasalt and herbs or garlic.
Keep the butter refrigerated.
You can use the buttermilk to bake delicious pancakes 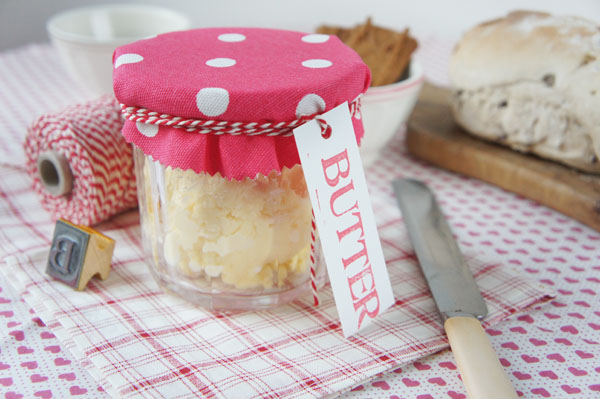 Home made butter, the best!