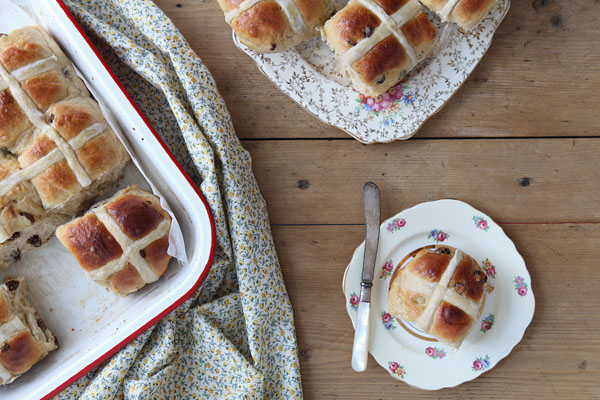 The first recorded reference to ‘hot’ cross buns was in ‘Poor Robin’s Almanac’ in the early 1700s:
‘Good Friday come this month, the old woman runs. With one or two a penny hot cross buns.’

A century later the belief behind the hot cross bun starts to get a superstitious rather than a religious meaning.
In London’s East End you can find a pub called The Widows Son, named after a widow who lived in a cottage at the site in the 1820s. The widow baked hot cross buns for her sailor son who was supposed to come home from the sea on Good Friday. He must have died at sea as he never returned home, but the widow refused to give up hope for his return and continued to bake a hot cross bun for him every year, hanging it in her kitchen with the buns from previous years.

To this day, every Good Friday, the ceremony of the Widow’s Bun is celebrated and members of the Royal Navy come to The Widows Son pub to place a new hot cross bun into a net hung above the bar. Legend has it that the buns baked on Good Friday will not spoil. 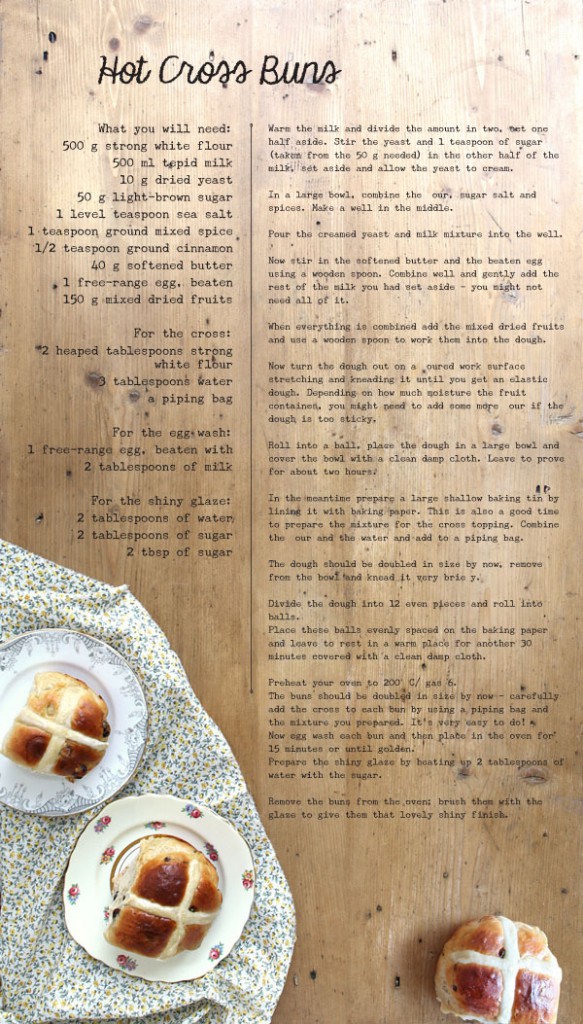 If you want to bake ahead, you can easily bake these buns in advance and freeze them. Slowly defrost in a teatowel and then place in a hot oven for 5-10 minutes with a small ramekin of water to give some moisture to the warm air in the oven.
And finally … you can also find my story about Hot Cross Buns in the latest edition of Pretty Nostalgic Magazine!
If you don’t know the magazine, it’s fairly new and all about British Nostalgia, love for all things Vintage and quirky. 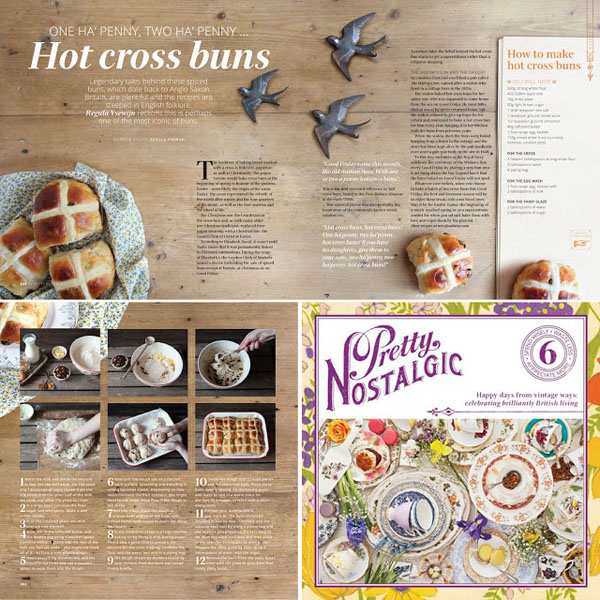