Notice: Function add_theme_support( 'html5' ) was called incorrectly. You need to pass an array of types. Please see Debugging in WordPress for more information. (This message was added in version 3.6.1.) in /customers/6/8/f/missfoodwise.com/httpd.www/wp-includes/functions.php on line 5833 Big companies are buying organic, but are they selling the real thing - Miss Foodwise 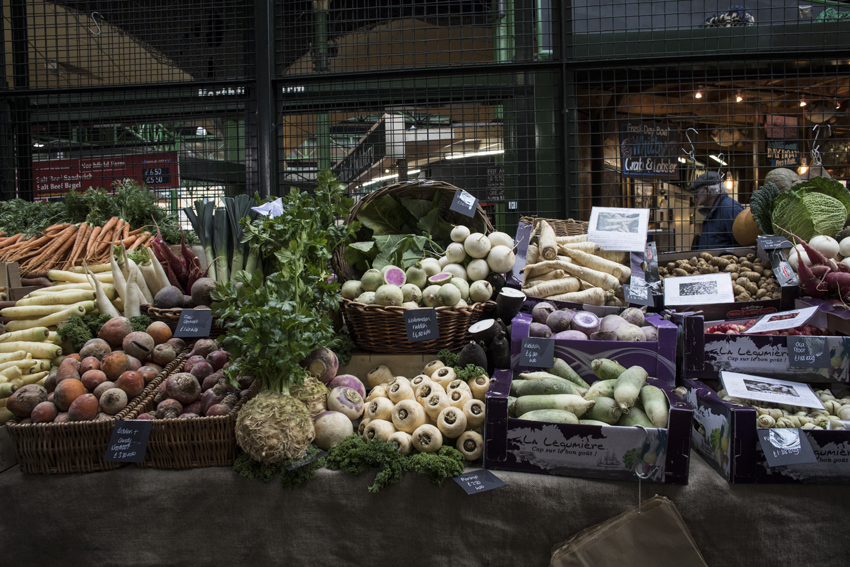 There is something about the organic & health food narrative that is increasingly starting to worry me. A couple of years ago you had to go to small often obscure shops for organic food, natural products and local produce, but recently we’ve started to see a lot of mainstream supermarkets jumping onto the bandwagon, introducing a dedicated spot in their shop to organic vegetables and fruit. A great evolution I thought at first. In Belgium a supermarket chain even decided to launch an organic version of their store. They now have 25 large stores and 80 pick-up points, in a country with about 11 million inhabitants this is huge. It sends out the right signal that more people want to make a more conscious choice when it comes to food. In the UK and US we’ve known Wholefoods for some time now but todays news that Wholefoods has been bought up by the big giant Amazon got me feeling more puzzled than excited…

I want everyone to eat organic so that more farmers can survive growing organic or biodynamic fruit and veg in a way the land is nourished instead of raped. I want people to eat far less meat but buy more ethically reared meat. Meat from animals reared in good conditions, outdoors on grass instead of concrete, it doesn’t even have to be organic (getting certified organic is very troublesome for animal farms in many countries), kindness in this case is good enough for me. We can no longer tolerate factory meat farms and need to go back to the ancient method of crop rotation.

Farms have to get a fair price for their product. The whole idea of buying organic is to support small scale businesses and also to cut out the big capitalist corporations with it. All those who make money from the little man without giving much back to society because big holdings like that often do not pay taxes, or little taxes in the countries where they sell their product. (See this New York Times article for more info) Buying organic is a direct protest against that big corporate giant that sells crop seeds that can not be – or are forbidden to be saved for the next planting season, a practice which has been the natural way of growing crops since the beginning of time. Don’t even get me started about the amount of bees that are dying because the chemical shit that is sprayed onto crops (see this Greenpeace article for more info) 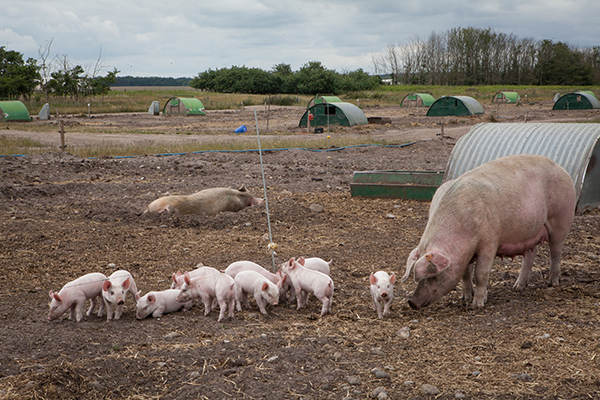 Buying organic also means buying local because the organic philosophy and that of the environmental brigade is largely the same. I buy my meat either at Northfield Farm at Borough Market when I’m in London or my local meat farm where just like at Northfield Farm but in much smaller scale, animals are treated with respect. Potatoes, often these days of inferior quality, are best from another local farm in my area, they still come with an few millimeters of earth on them, which helps them to keep for longer. If I can’t make it to the farm, I buy organic spuds but recently I started to dawn on me that in one of those big superstores organic isle I spotted potatoes from Egypt and pears from Mexico… Why do we need organic potatoes from Egypt while we are surrounded by potato fields in this spud loving country?

Are the super stores looking for the cheapest option instead of the local again, even for their organic isle? Bypassing the small independent farmers who work the land we see around us?

There is a sign on the wall that organic means big business for the capitalist giants. Amazon buying up Wholefoods is just a confirmation of that fear I have. Again those organic, small scale and local businesses are basically owned by a big corporation that wants nothing more than to make a profit.

Now more than ever it is important to find local farms, to join a CSA (Community-supported agriculture), buy online straight from those small scale or organic brands that you love, or go to your small local organic shop or market, they could do with your support.

And that brings me to my final point. Just before the announcement came that Amazon was to buy Wholefoods, that same company introduced a tool for your fridge with their Alexa technology. Read this article on “What Amazon’s Purchase of Whole Foods Really Means” in the New Yorker. Here in short it explains the technology

Last week, two days before announcing that it would be acquiring Whole Foods, Amazon released a short promotional video for a new product called the Dash Wand. The Wand is a candy-bar-size gizmo that costs twenty dollars. It sticks to your refrigerator with magnets and lets you order products by talking—it features Amazon’s voice assistant, Alexa—or by scanning barcodes. In the video, an affluent, middle-aged couple drift through their spotless kitchen, preparing for a dinner party. The woman peers into the fridge, where she discovers a bag of pre-peeled shrimp. She asks the Wand for a simple shrimp-pasta recipe, then orders ingredients for it, scanning the barcode of an empty jar of pasta sauce and proclaiming, “Mushrooms!” The next day, these items are delivered in a cooler bag.

Some might say handy, others might say the death of your small local shop or farm scheme. I for one enjoy going to my local organic shop and having a quick chat with the lovely lady who owns it. I love asking for advise on meat at the butchers, fish at the fishmongers, and on many occasions people in the shop have asked me about food when they saw me packing something they did not know but always wondered about. Just last week I explained to the lady at the till what she could do with pappadums. It’s brilliant. Human contact is essential to our society, a tool like that when fully incorporated into our lives will make us even more out of touch with the outside world. We can all stay inside, tell a computer to turn on the dishwasher, and to order all you need for a pasta carbonara… heaven forbid we might take the bicycle and drive to the shop for bacon, pasta and eggs… we might run into human being and actually have a conversation.

A short and eye-opening video by Riverford Farm: Pesticide-free farming is possible

How free-rang is your bacon?

A Farmers life for me