Notice: Function add_theme_support( 'html5' ) was called incorrectly. You need to pass an array of types. Please see Debugging in WordPress for more information. (This message was added in version 3.6.1.) in /customers/6/8/f/missfoodwise.com/httpd.www/wp-includes/functions.php on line 5833 gooseberry Archives - Miss Foodwise 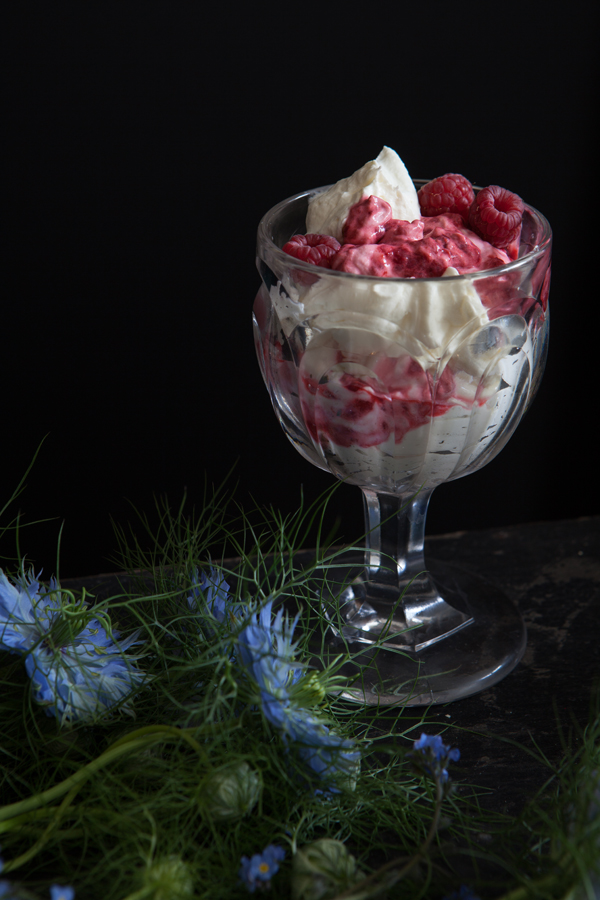 I started my second year in Culinary school this week. It’s going to be tough again combining this with my day job as a graphic designer. It always seems that the one day I can’t seem to get away from the office in time is the evening I have Culinary school to rush over to. I love the experience, the knowledge passed on to us by the chefs. I’m the student with the questions, the never ending enthusiasm, with the jokes and the loud giggles. Lessons always end with dinner, bottles of wine are opened and if we’re lucky a fellow student Jean, otherwise known as ‘the butcher’ has brought some of his home made port. We have a good time, have a laugh, a taste and a discussion about food. Our class is always the last to remain in the building and we leave the school grounds with rosy cheeks and a little bit pie-eyed.

The weekend has started and it’s time to enjoy the last of the summer weather. I found some fleshy raspberries and strawberries at a carboot sale in Kent and I decided to prepare a ‘Fool’. When researching this dish I wanted to find out about the origin of the term ‘Fool’. A fool, is a dessert made by blending pureed tarty fruits – most commonly Gooseberries – with sweetened cream but it seems the exact origin of the name of this dish is lost in time.

A lot of modern recipes for Fruit Fools state the dish dates back as far as the 16th century. There is a recipe for Trifle in ‘The Good Huswifes Jewel’ by Thomas Dawson written in 1596. The recipe goes as follows:

Take a pint of thick cream, and season it with sugar and ginger, and
rose water. So stir it as you would then have it make it luke warm in a
dish on a chafing dish and coals. And after put it into a silver piece
or a bowl, and so serve it to the board.
Many historians including me have the theory that this early trifle recipe might have been where the Fool was born. However, this recipe does not contain any kind of fruit so maybe the first fool, wasn’t with fruit at all.

Take your Gooseberries, and put them in a Silver or Earthen Pot, and set it in a Skillet of boyling Water, and when they are coddled enough strain them, then make them hot again, when they are scalding hot, beat them very well with a good piece of fresh butter, Rose-water and Sugar, and put in the yolke of two or three Eggs; you may put Rose-water into them, and so stir it altogether, and serve it to the Table when it is cold.

Then I came across a recipe for a Strawberry or Raspberry Fool in ‘The Compleat Housewife: or Accomplished Gentlewoman’s Companion’ by Eliza Smith written in 1739. This appears to be one of the first recipes of a fool like we know it today. The fruit is squeezed and orange flower water is added, then cream.

Why the word ‘Fool’ is used is not entirely clear, some claim it’s derived from the French verb fouler which is used in the context of pressing grapes for wine with one’s feet.

For this Raspberry and Strawberry Fool I started out from a recipe dated 1823, I found in ‘Good things in England’ by Florence White. This is one of the recipes sent to White when she had called upon the people to send in their British family recipes.
The original recipes states you should pass the fruit trough a hair sieve but I didn’t as I think the interplay of textures is quite lovely.

You can use any fruit for this dessert but it works best with tart fruit, the most popular being gooseberries, however these should be stewed until they are soft enough. 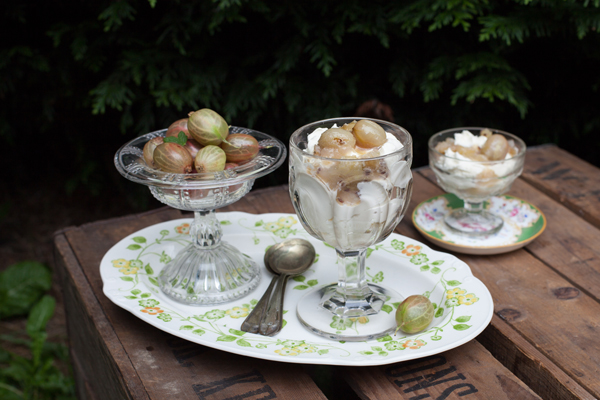 Method
Divide your cream into two equal parts
Bruise 2/3 of the raspberries and all the strawberries with a fork, leave some bits in for texture, you can even add some whole raspberries at the end
Mix them with the orange flower water and sugar (optional, used in traditional recipe)
Stir one part of the cream in the fruit so you get a nice pink color
Now layer the plain cream with the fruit cream you created into the jars or glasses of your choice)
Decorate with some leftover fruits.
Enjoy!

* Why not substitute half of the cream with thick yoghurt for a lighter version of this dish!

Join me next time for some home made Raspberry Vinegar!