Notice: Function add_theme_support( 'html5' ) was called incorrectly. You need to pass an array of types. Please see Debugging in WordPress for more information. (This message was added in version 3.6.1.) in /customers/6/8/f/missfoodwise.com/httpd.www/wp-includes/functions.php on line 5833 Harvest soup for Samhain - Miss Foodwise 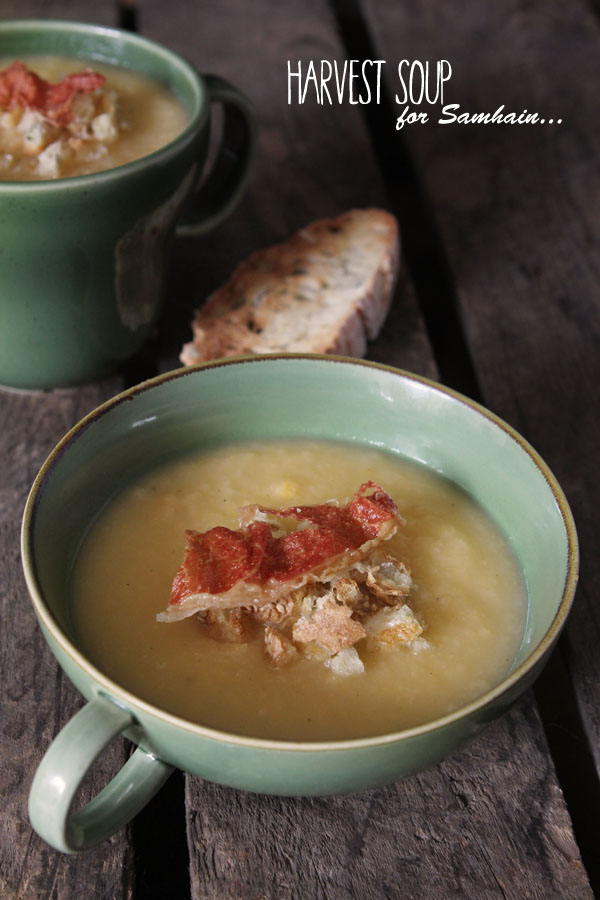 The Celts called it Samhain which celebrated the end of harvest
and the beginning of winter. It literally means ‘summer’s end’ and is the primary festival marking the end and the beginning of the year.
Along with Imbolc, Beltane and Lughnasadh it makes up the four Gaelic seasonal festivals.
Samhain was the evening when the veil between our world and
‘Netherworld’ was believed to be at their thinnest. It’s the feast of the dead, like Beltane is the feast of the living.
Bonfires played a big part in the festivities -much like with Beltane- people would jump over the fires or walk between them as a cleansing ritual.
Costumes and masks -usually animal heads and hides- were worn, as an attempt to cast of or taunt the evil spirits, this was referred to as ‘guising’.
It was also the time for farmers to choose which animals would need to be
slaughtered to get through the winter. This custom is still
observed now by many who raise livestock as the animals will no longer graze outside.
Food offerings were also made at Samhain, people would leave vegetables outside of their door to please the evil spirits and fairies. Later in time the food offerings changed into lanterns made of hollowed turnips – much resembling the carved pumpkins we know today. 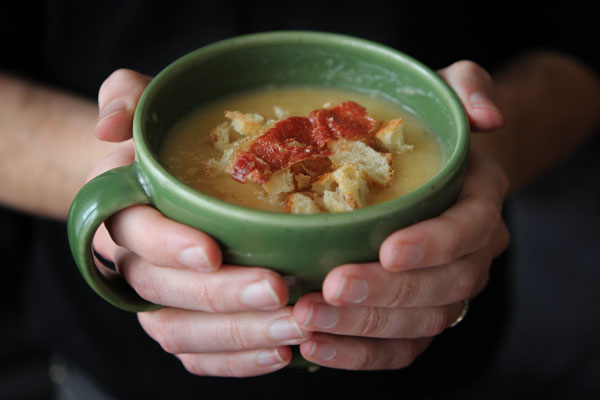 The earliest record we have
of Samhain in the Celtic world comes from the Coligny Calendar,
a Celtic lunisolar calendar engraved on bronze tablets believed to be dating back to the first century AD. It was written in Gaulish, a Celtic language very close related to the Brythonic being Cornish, Welsh, Breton, Cumbric and maybe even Pictish.
Celtic
mythology is originally a spoken tradition, the irony is that the
traditions and tales were eventually written down by Christian monks in
the Middle Ages who then Christianized them to suit there needs and
believes. After all the best way to strip the people of their believes
is to simply adopt them to later on adapt them…

In my childhood there was no halloween, we had ‘All saints day’ and ‘All souls day’, we went to clean the gravestones of those who had passed and leave flowers for them…
But I was lucky because my mum had always been interested in Celtic mythology and she taught me about Samhain and all the other traditions when growing up.
So in a way, I grew up with Celtic traditions. On our travels to Britain we were always in search for Celtic and pre-celtic heritage while my mum told us tales about it in the car.
I feel fortunate to have been exposed to different traditions and religions as a child, I think it makes me a more liberal-minded person. It also makes me wonder how people can follow their religion and tradition blindly and without asking questions… but that is another story…

On to the soup!
I call this my harvest soup, it contains turnips, apples potatoes and a good homemade stock.

Method
Dice all the vegetables and apple.
Over a high fire heat two teaspoons of butter in a medium sized pan.
Add all the vegetables and apple and stir so they don’t burn
When slightly glazed add the stock and simmer for 30 minutes
Mix the soup until all the chunks are gone
Put back on the fire and bring to the boil for another minute
Season to taste with pepper and salt
Serve with the toasted bread and crispy ham or bacon

Enjoy and remember to set an extra plate for the spirits…

Previous Post: « Bramley apple and Blackberry pie
Next Post: Send in your British family recipe and I’ll cook it! »