Notice: Function add_theme_support( 'html5' ) was called incorrectly. You need to pass an array of types. Please see Debugging in WordPress for more information. (This message was added in version 3.6.1.) in /customers/6/8/f/missfoodwise.com/httpd.www/wp-includes/functions.php on line 5833 Cobnut and apple tart - Miss Foodwise 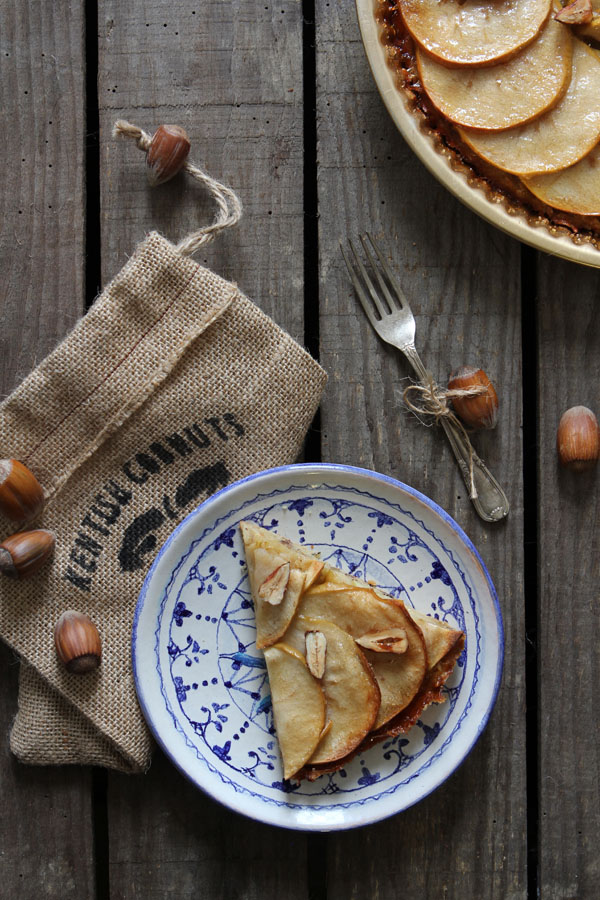 I didn’t have to think twice when I was asked to write about something for a mostly British audience, recently I’ve been quite obsessed with Kentish cobnuts and I have many more recipes up my sleeve. 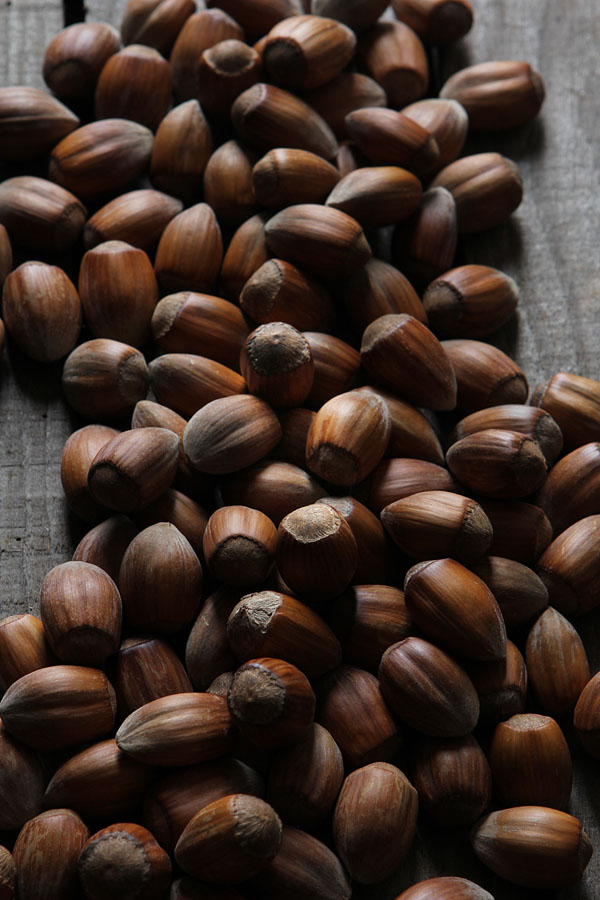 When
I think of my beloved Kent, apples, cobnuts, cherries and hops are the
four things that define this county for me. They have moulded the
landscape with their orchards and plats and have influenced the kitchens
and culture.

I
discovered Kentish cobnuts on a late summers day when they are sold
fresh in their green husks. The kernels are then juicy and resemble a
chestnut flavour, yet more delicate. When autumn arrives the cobnuts are
ripened, the husks, then turned brown, are removed and they look more
like the hazelnut we generally know. Now they are dried and referred to
as Golden Cobnuts. The flavour of the nut has developed while ripening,
and has gone from fresh and juicy to an intense nutty flavour. When
stored dry they keep till christmas. The Kentish cobnut is larger and
more ovoid shaped than a hazelnut and also has a different and slightly
more intense flavour.

Cobnuts
generally grow in Kent, where the variety the ‘Kentish Cob’ was planted
in the 19th century by a Mr Lambert of Goudhurst.
They
have however been around since Tudor times and were but revived by the
Victorians who considered them to be a delicacy. There are more
varieties of cobnuts but as Kent has historically been the main county
producing cobnuts, the term Kentish cob is often used generally for
every variety of cobnut grown in Britain.
Cobnut
orchards are known as ‘plats’ and the nuts are harvested by hand by
workmen called ‘nutters’. In the old days cobnuts were also sometimes
picked by hop pickers coming down from London as cobnuts and hops both
ripen at the same time. The disappearance of the Hop pickers roughly
corresponds with the decline of the cobnut plats. 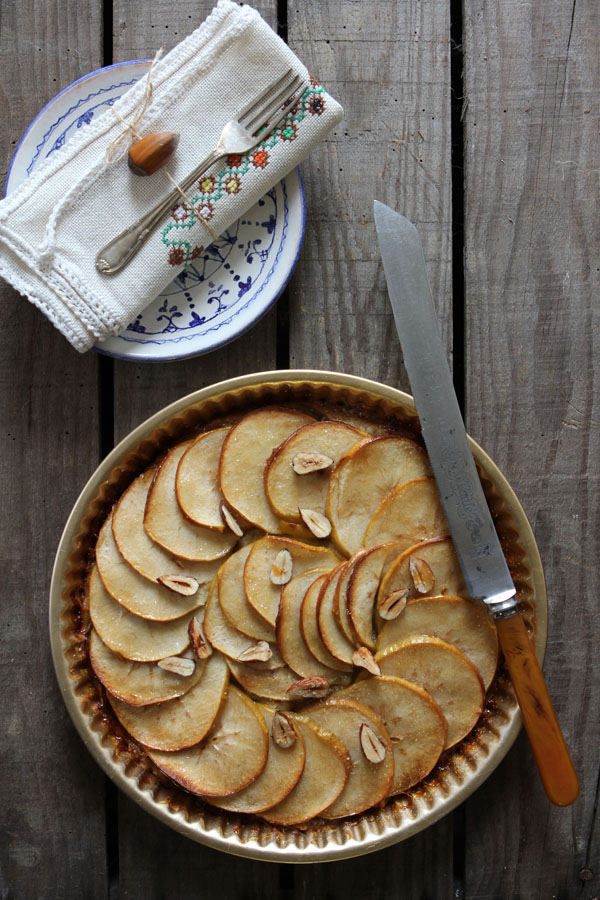 The
last few years there’s been a revival in cobnut growing as well as in
hop growing as many people are opting to buy British and the growing
amount of micro breweries are showing interest in Kentish hops again.
Cherry orchards are being planted once more and apples are still plenty
and taking over the British greengrocers.
I
had Kent on my mind when my sack of golden cobnuts arrived and I was
also in need of a cake or tart that is not only comforting and cosy on a
dreary autumn day but also a bit more nutritious than your average
tart.
This
cobnut and apple tart is something between a cake and a tart, I am
using spelt flour and lots of cobnuts and apples so this tart will not
only give you your dose of sweets but also energy.

Special thanks to Farnell Farm for the cobnuts! www.farnellfarm.co.uk/

Previous Post: « I had my mind set on Sloe Gin
Next Post: Cobnut brandy to wet the baby’s head »