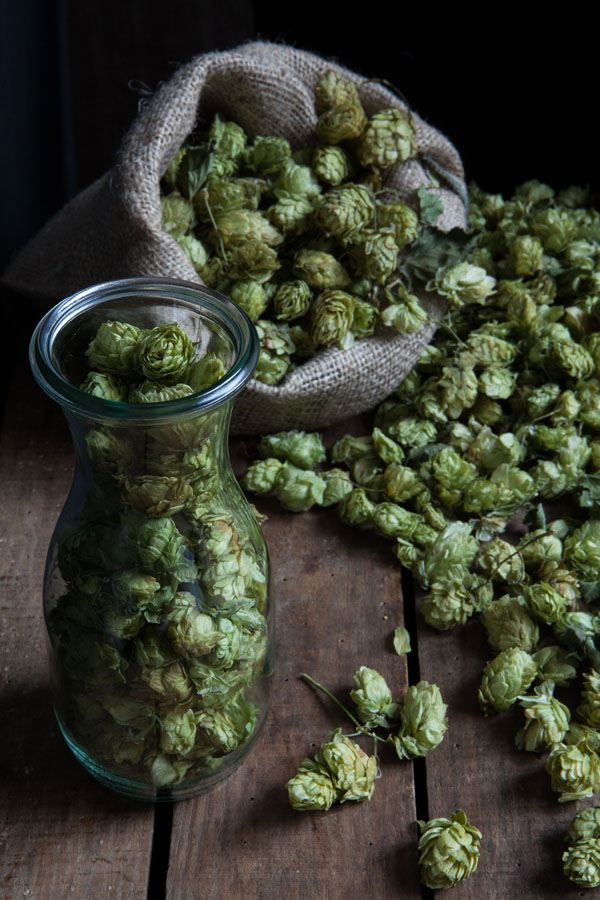 While driving through the rolling Kentish countryside I can’t help but shout out ‘Oast house’ when I spot the somewhat fairytale like conical rooftops of the hop kilns. I nurture my inner child with my endless enthusiasm for things other people might not even notice anymore.

These monuments of agricultural industrialisation were used for drying the freshly picked green hop flowers. They usually had two or three storeys, some with perforated floors on which the hops were spread out. On the ground flour was a charcoal-fired oven spreading warm air through the kiln which is permitted to pass through the perforated floors to dry the hops. The white wooden cowl on the roof rotates with the wind to allow air to circulate and moisture to escape to prevent mould. Although we are more used to seeing round Oast houses, the kilns started out square shaped. The earliest example dates back to the mid 1700’s and can be found in Cranbrook.

Hops
have been grown in Britain since the the late 15th century and probably
even earlier. They were introduced to Britain from Flanders where
hopped beer had become the fashion. Hops don’t only add bitterness to
beer but also act as a natural preservative. In the early Victorian era
hop growing became the most important industry in Kent as tastes changed
from un-hopped ale to more bitter beer.
The
need for hops was especially great due to the late Georgian law
forbidding the use of any other ingredients than hops and malt in beer. A
year after the law was approved, the drum roaster -used to roast malt-
was invented by Daniel Wheeler. By roasting the malt the brewers could
legally give extra flavouring and colouring to the beer by creating very
dark, roasted malt for the use in Porters and Stouts. 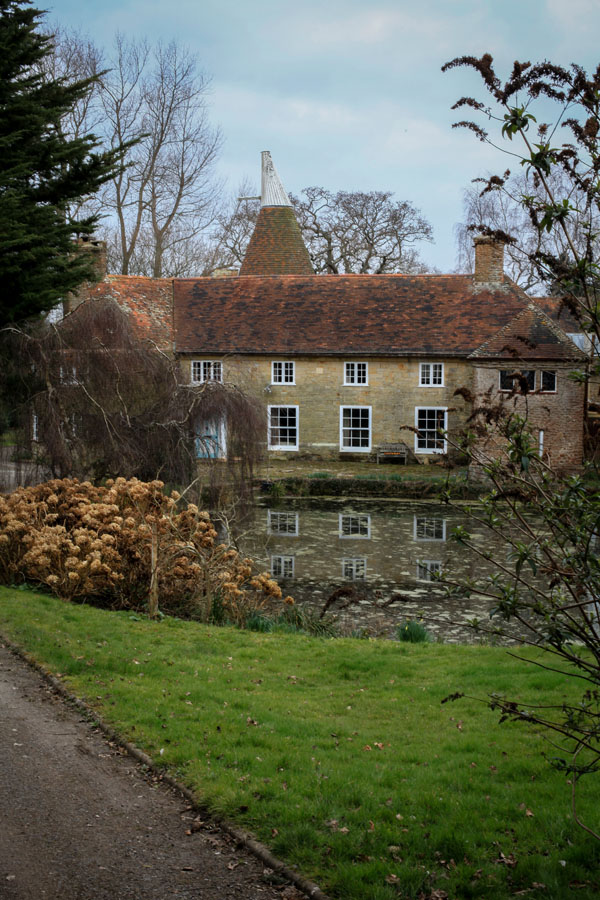 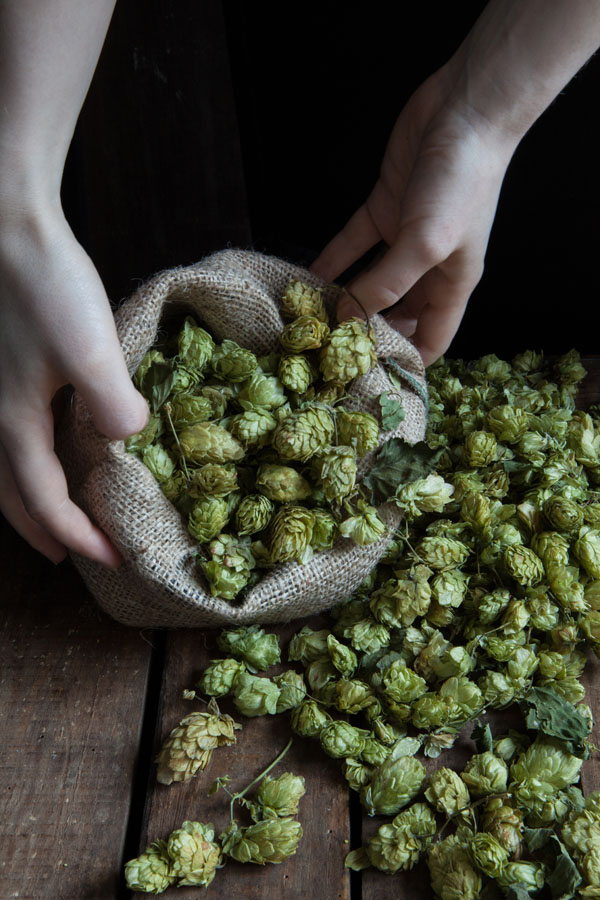 Of course those large amounts of hops needed to be picked and so each september the destitute families from London and sometimes even further away, came ‘hopping down to Kent’. If they were not completely pennyless, they could afford the ticket for the ‘Hop pickers Special’ train which left from London Bridge. If they were too poor, they had to walk to Kent. For six weeks they would live on site in hop huts to help with the hop harvest. Although the work was rough, it was a time especially the children looked forward to all year. Hop picking in Kent was a welcome change from the slums is which most of these families lived. And although the hop huts were far from luxury, it was still a welcome breath of fresh air compared to the miserable fog in London. Most of the time it would only be the woman and children who came to pick the hops. Unless if they were unemployed, the men stayed behind in the cities and worked at their jobs in the factories and the docks. The money the woman earned by hop picking was often the only pot of money they could truly manage themselves. Back in the city they would be lucky if their husbands wages weren’t spent on ale every payday.
Hop picking in Kent in this way continued until far in the 1960s, even after the introduction of the first machines. To this day, hop pickers still arrive in the Kentish hop gardens by the beginning of autumn, although now they come from much further places usually Eastern Europe. British labourers are too expensive to hire and usually don’t want to do the work. Hop picking is now far from the ‘Londoners’ holiday’ it was ones considered. 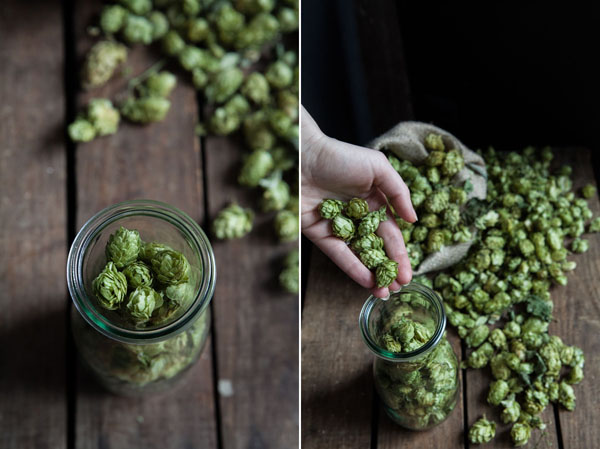 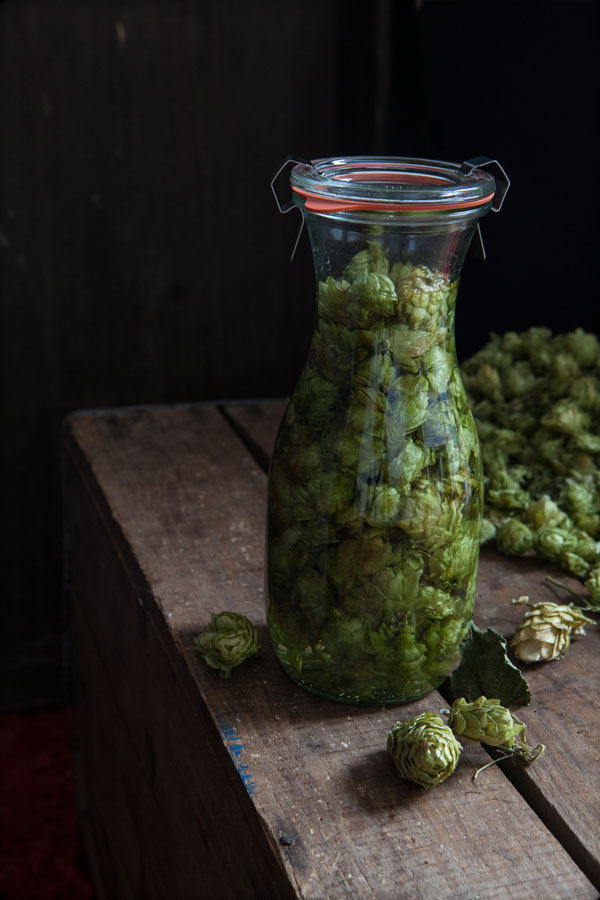 To have a peek in a hop garden, stay tuned for my next post where I will also be cooking with hops.

Today I bring you Hop brandy, a drink not very historical as I haven’t been able to find any reference to it in my books and online. It was my teacher in beer class who told us he brews a bottle of hop brandy once and a while and I got intrigued.
It’s is not safe to brew beer from wild hops, hops need to be tested for certain compounds to be ok to brew with.

Hops, I used Kentish Goldings, enough to fill your bottle of choice
A bottle of Eau de vie, Jenever or another flavourless grain alcohol

Finding your hops will be trickiest part, I used beautiful Kentish Goldings which I ordered from a farm. Let me know if you need the email address of the hop farm. 200 grams left me with quite a large bag.
Back to the recipe, sort out the prettiest flowers and put them in your bottle all the way to the top.
Fill the bottle completely, leave to mature for a few months.