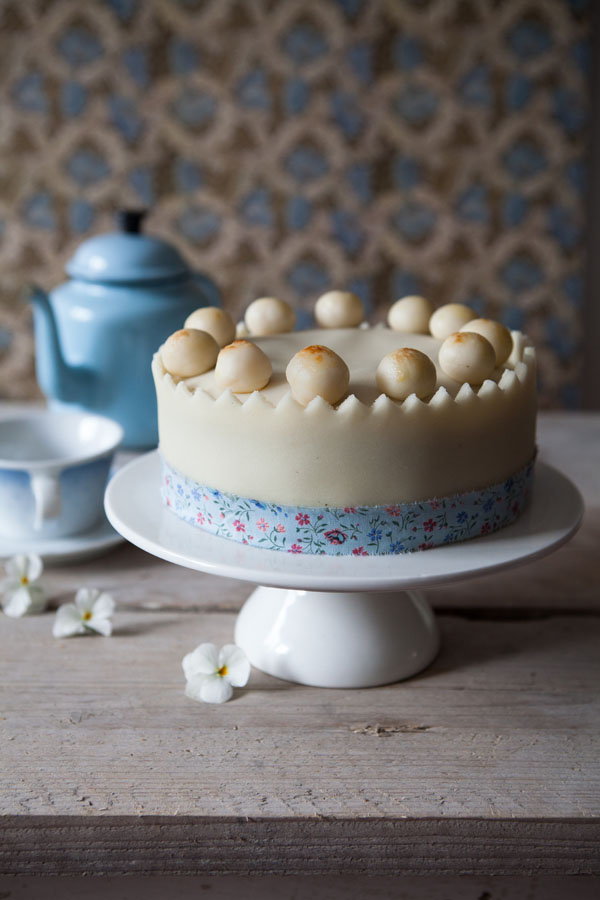 I haven’t been a pious Christian since I was 6, Lent only means one thing to me, I will have a birthday soon. Easter wasn’t something I particularly looked forward to, and I was surprisingly unimpressed with the overly sweet milk chocolate eggs the easter bunny brought me. Nor did I enjoy the big family gatherings as they always resulted into political debates, and dispute. It is most certainly the reason for my aversion to politics and politicians.

This year I’m celebrating the day of my birth, the day before mothering sunday. It is a day not connected to any other mothers day traditions in Europe or America. Mothering sunday was the day that the girls working as domestic servants or apprentices were given the day off to visit their mother, bringing her gifts, like perhaps a Simnel cake. Why it was a custom at mid-lent is not clear, maybe because at easter the servants couldn’t be missed in the large manor houses who would most probably have large Downton Abbey style parties. Another theory is that of coming home to visit the mother church, which appeared to be believed an important custom in pre-Reformation England.
On Mothering Sunday, the fasting rules were put on hold for the day resulting in the day also being known as a Refreshment Sunday, the other one being celebrated during Advent.
The earliest of references to a Simnel cake I was able to find and verify was in a poem of Robert Herrick (1591-1674)

To Dianeme.
A Ceremonie in Glocester.
I’le to thee a Simnell bring,
Gainst thou go’st a mothering,
So that, when she blesseth thee,
Half that blessing thou’lt give me.

Here states the tradition that the cake was given when people went Mothering, what is now assumed as going to visit their mother for mothering sunday but what well could have been a reference to the pre-Reformation tradition of visiting the mother church. 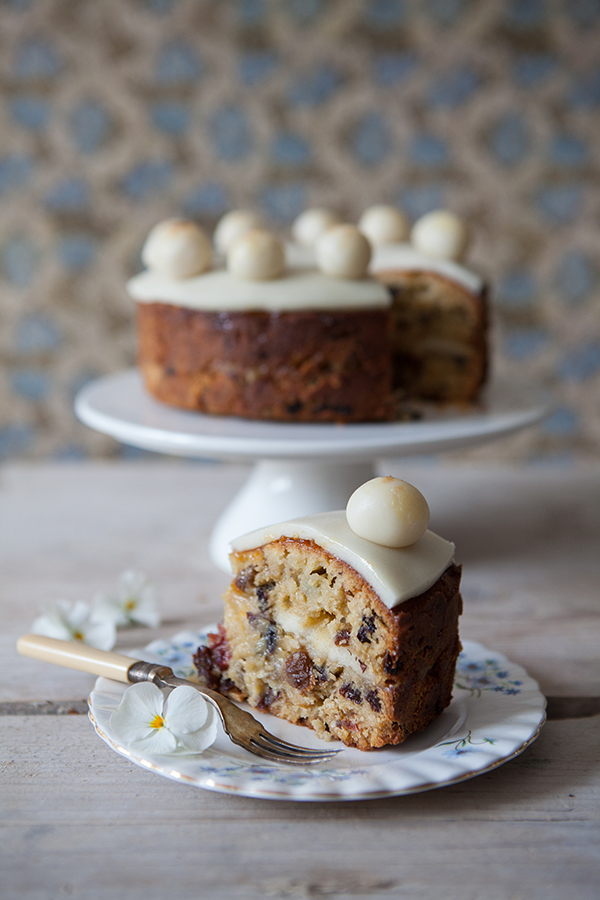 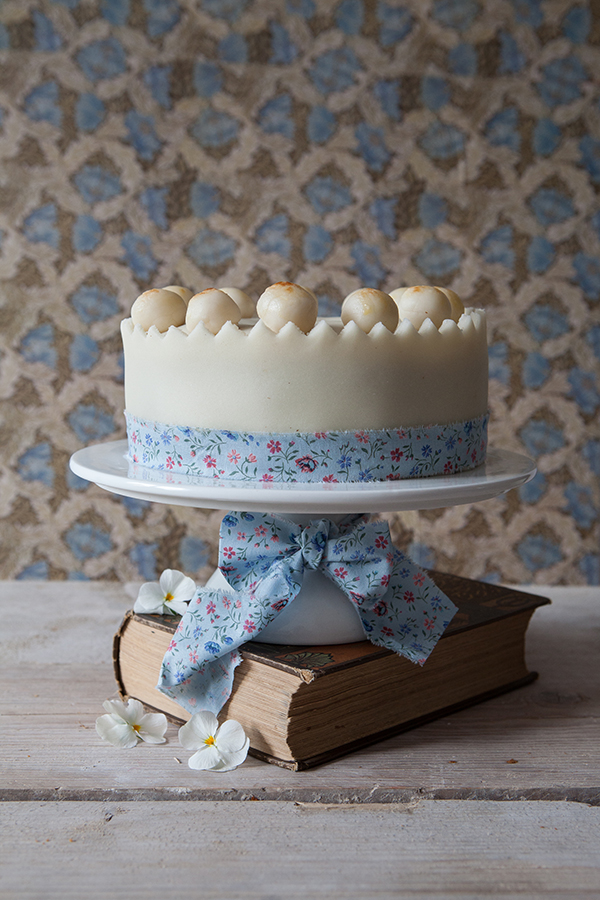 At some time along the way of time the legend of Simon and Nell appeared. A story most people have heard from their grandparents.

This legend tells the tale of an old Shropshire couple Simon and Nell. Nell had some leftover unleavened dough for bread making during Lent. Simon reminded her of the last of the christmas plum pudding as the Lenten dough would make a tasteless treat. Nell as a frugal woman didn’t want to waste a thing in the kitchen so it was decided to create a cake for when their children would return home for mothering.
Then a dispute arose about the method of baking the cake which Simon wanted to mould and bake while Nell was convinced it should be boiled. Though some versions tell the tale the other way around and claim that Simon wanted it to be boiled since it was a pudding, and puddings should be boiled.
To solve the disagreement which resulted in throwing a baking stool at Simon, it was decided that the cake should first be boiled, and then baked. And from then on the cake was named SimNell.
A beautiful piece of English Folk lore but it is not sure when the legend was first told.
The Book of Days tells us that the cake would have a tasteless tough white crust, coloured with saffron and the inside would hold a rich plum cake with plenty of candied peel, fruits and ‘other good things’. It is stated that it was an expensive cake, which it would have been using spices like saffron.
These Simnel cakes were mostly popular in Bury, Devises and Shrewsbury where they would be created in different sizes and arranged in shop windows for all to see. This definitely at this point wouldn’t have been a cake a servant would be able to afford or bake with the expensive ingredients.

The Simnel cake today is a fruit cake that is slightly lighter than a Christmas tide fruitcake. It is covered in marzipan these days instead of a tough white crust and a layer of marzipan is baked into the middle of the cake. On top of the cake are placed 11 balls to represent the true apostles, leaving off Judas Iscariot the traitor. When exactly the 11 balls came into practice isn’t clear but I wouldn’t be surprised if it were the Victorians

My Simnel cake omits the spices and only holds candied peel and dried fruits which give the cake a very sweet taste.

Method
The day before, soak the mixed fruit in the sherry

Preheat your oven to 160°c
Prepare a round spring form by lining it with baking parchment
Roll out 1/3 of the marzipan and use the spring form as a guide to cut out a circle of the same size.
Cream the butter and the sugar and add the eggs one at a time.
Add the flour and combine well
Now fold in the mixed fruit and candied peel
Scoop one half of the dough in the spring form and place the marzipan on top
Now scoop in the remaining dough and place in the oven for 1 hour and 15 minutes.

Leave to cool in the baking tin.

Now roll out half of the remaining marzipan and cut out another round the same size as your cake. Roll 11 balls from the leftover marzipan.
If you want to cover the sides of the cake, roll out the last of the marzipan creating a long ribbon.

When the cake is cooled, turn on the oven grill at 160°c and smear on the orange marmalade on top to place your marzipan on the cake followed by the balls.
Egg wash your balls and place under the grill until the balls have a golden or brownish color.

Serve with tea, lots of it.

Not a fan of so much marzipan, this is an option too!