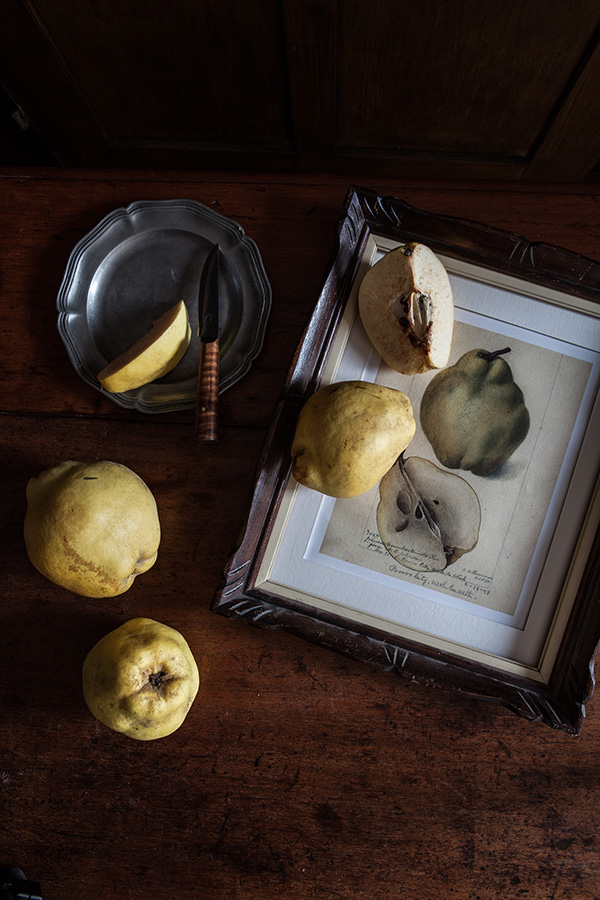 Quince really are a mystical fruit. They hang like lanterns from the trees, forcing the branches to bend down with their weight. One can not ignore their smell, how they fill your kitchen with that sweet incense-like scent. The smell far sweeter than they really are, because as far as fruits go, they are very tart. So tart that they are considered inedible raw.

Recipes over time always require you to cook quinces, and cook them long and slow. Some authors claim you should never put spices with quinces but most instruct you to add cinnamon, cloves, peper and more sweet spices.

Quinces are responsible for the word marmalade as their Portuguese word is ‘marmelo’ and they were made into fruit cheeses named marmalades. The marmalades were served after dinner as a digestive and they were often prescribed by apothecaries to cure minor ailments.

The pear shaped yellow fruits were made into pies, preserved whole and in form of a syrup and they were also made into Ratafia. Ratafias were infused alcohols much like the Amaretto we know today. It could be made with apricot kernels, bitter almonds – which produce the original Amaretto, cherry kernels and cherries, and our beautiful quinces.

Ratafia of quinces was popular in the 18th century in England, and in the 17th and 18th in France. The following recipe is that of Vincent La Chapelle, the master cook to the fourth earl of Chesterfield, William IV, the Prince of Orange, John V of Portugal and even the mistress of Louis XV of France: Madamme de Pompadour.

Like with so many historical writers, he borrowed a lot of his recipes of another author, in this case the French Francois Massialot who published a book on court cookery and confectionery in 1692. These two gentlemen both share recipes for Quince Ratafia, but La Chapelle instructs us to bring the quince juice to a boil, while Massialot does not. They also use different spices, making the end result not the same drink at all.

You must have some Quinces, and rasp them with a Grater; all being grated, you must have a Piece of strong Cloth, put in a small handful, and squeese it with all your Might, that the Juice may come from it; when all is squeesed and you have all the Juice, put it in a Preserving pan, let it take just one single Boiling, and let it cool; being cooled, measure two Quarts of Juice and two Quarts of Brandy, Measure by Measure, and clarify some Sugar; to each two Quarts, ten Ounces of Sugar, a Piece of Cinnamon, four Cloves, and three or four Grains of white Pepper whole; stop up your Jug very close, put it aside for two or three Months, put it through a Straining-bag, until it come very clear, and put it up in Bottles flopped very close.
Vincent la Chapelle, The Modern Cook, London, 1733

In 1830 ‘The Cook’s Dictionary’ by Richard Dolby instructs us to leave the scrapings of quince for 24 hours until they start to ferment, then extract the juice and add it to spiced brandy. We’re not going to ferment the quince, I will try that next year as I just caught the last of the quinces of the year at the market. And I’m going to leave out the spices because I want to know how it tastes like without them, quince have such a delicate flavour.

What is your favourite quince recipe? 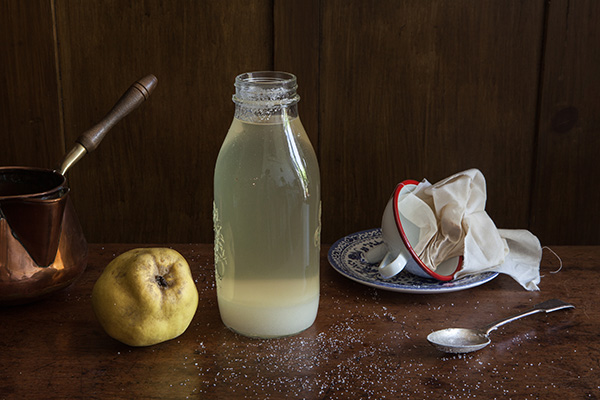 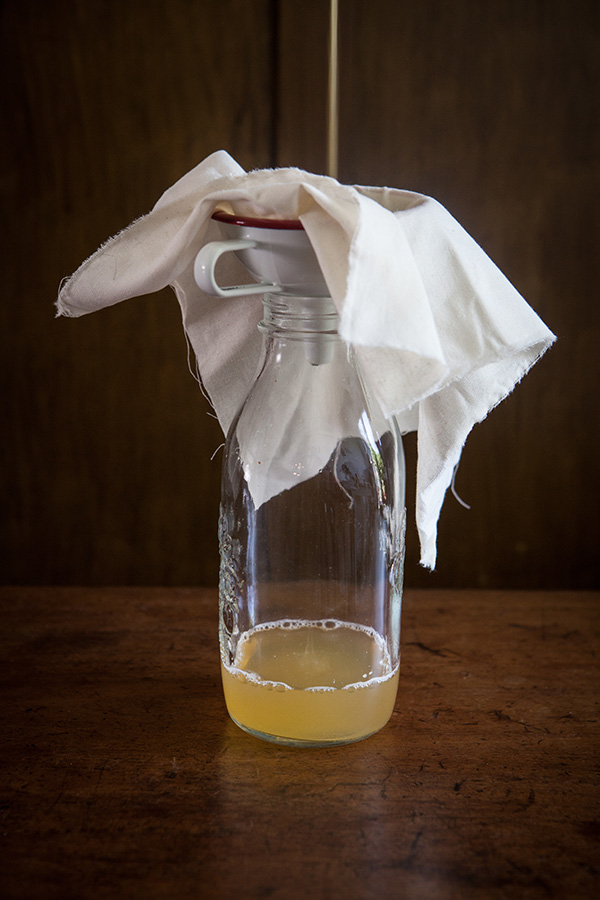 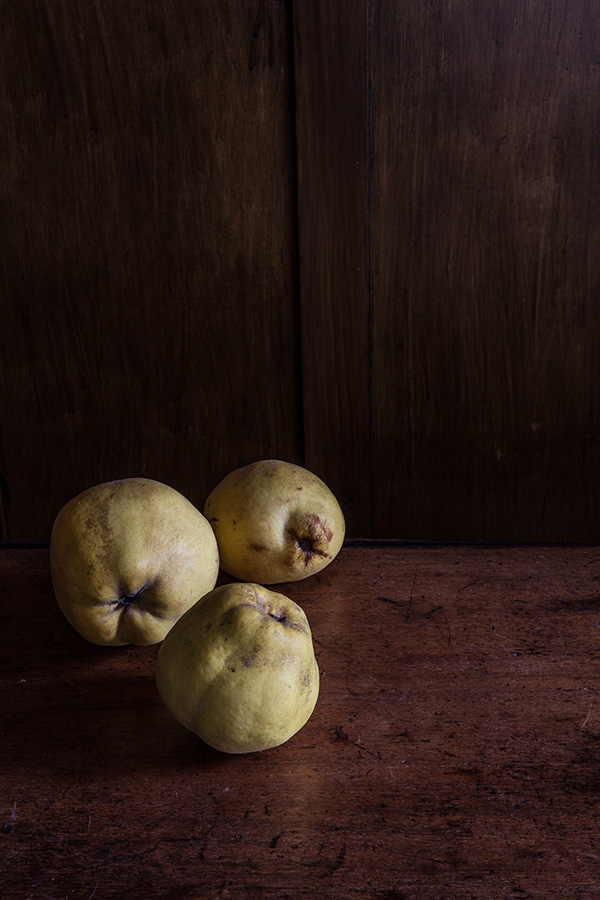 a strainer
a cloth or jelly bag
1 liter bottle

As Quinces vary in size and juiciness, I can only give you the amount of juice needed.

In my case I used three large quinces, of which two had little juice so it does really depend.

The original recipe states to grate the quince and then put the grated flesh into a cloth which you have to squeeze to get all the juice out. I am not convinced this works very well and if it does it will be labour intensive. Do if you have a juicer, use that, if you have a blender, use that and strain very well.

Do remove the cores and pips but leave the skin on, just give it a good wash to remove the grey dewy coating quinces often have.

After you have juiced your quince, pour the juice in a saucepan and bring to a boil on a gentle flame.

Once it has boiled, take off the fire and leave to cool.

When cooled, line a strainer with a cloth or jelly bag and place on the bottle you are using.

Pour the juice in the cloth and continue to do so until all the juice is strained.

You need to do this as there might still be some sediment in your juice that you need to remove.

Now add the sugar, and then the alcohol, close the bottle and shake.

Shake the bottle every day the first week and once a week the following month.

Then leave to rest a couple of months and enjoy cold in a dainty glass.